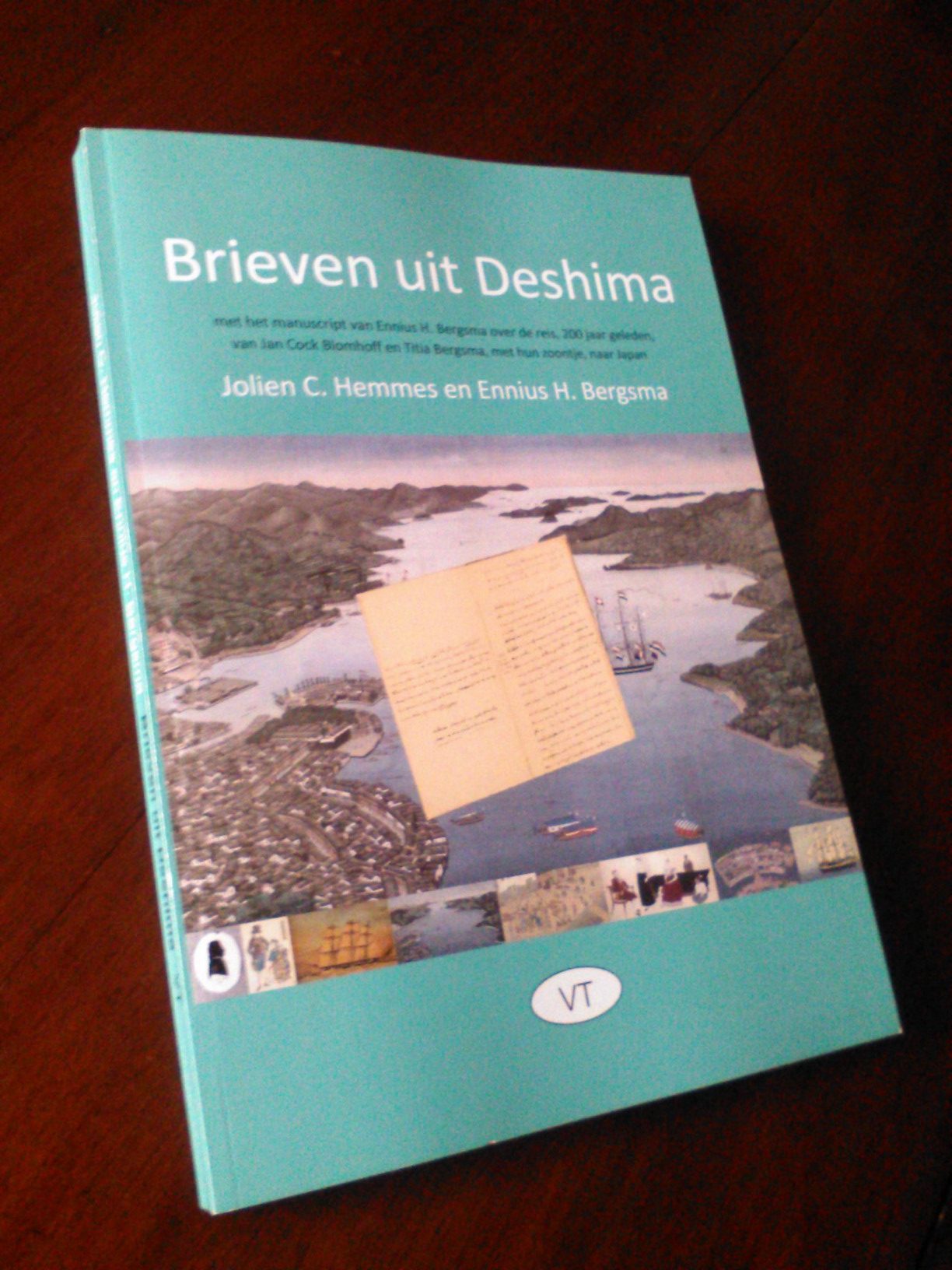 From several sites we got orders for the book made by people who are  doing a project for their study or Phd  about Deshima and that with an (extra) focus on Jan Cock Blomhoff and Titia Bergsma.
Surprisingly its seems not such a big problem that the manuscript of Ennius Bergsma and the book with the manuscript are written in Dutch. People have some familymember who speaks Dutch, or have friends with some Dutch roots or are learning Dutch themself. (Off course for others the lanquage is a point. We are open fot opportunity to realise a good translation.)

So a smal introduction in English is a logical extra.
An extra point from our site to give some information in English is that English-speaking (reading) people often get to know about Deshima, the life of the ‘opperhoofden’ (heads of the Dutch trading post overthere) and about Jan Cock Blomhoff and Titia Bergsma by two books who did well in getting interest in the stuff but both also gave a very strange and/or pink-coloured version. That although the real stuff is even for the more consuming-reader attractive and for them who are really interested in history it is a real problem that they are even not made aware off this changes when they read these two books as an important source. A lot original stuff is available, in this book and more, and interesting and even juicy.
So although its not a habit to give negative opinions about the work off others it will be done here tot sake care of this cultural heritage. For me/our family it is in this case also a logical task to pick up.

The book ‘Brieven uit Deshima’ (Letters from Deshima) contains the complete, original manuscript (by scans and with transcription) of the report Titias’s father wrote for her son Johannes, than 5 year old, when he stayed with him and his wive without parents, after Titia passed away and his father still on Deshima. He wrote this report in 1821, the year she passed away.
He wrote it with as base the letters she sended to him/her parents. A lot is quotation. He started it with a very well survey about their life from the moment Titia and Jan Cock met, including the political situation (a logic combination because of Jan Cocks work).
The book also contains an interesting, broad list of sources with nice extra’s from musea with paintings, adresses of their famly’s , info about the political situations Netherland-Deshima through the times, about aspects of such tours by sailship  ‘The East’ etc.

The reason I, Jolien Hemmes, took the bringing of this original as a special task: The manuscript was inheritated by my parents. That although there is no bloodline between me and Titia, Jan Cock and Johannes. But Johannes and his wife didn’t got children, she survived him ‘so’ their belonings where left to her family and via a childless male-offspring of them it came, again via a surviving wife, to our family. (By the way, that by accident (almost romantic, long unseen between some bibles), we got no ‘souvenirs’ from Japan or paintings etc.)
My parents discovered the manuscript, in their own bookshelves, when I was grown up (and so my siblings). They told something about it, but not clear. They shared it with an archive because it had become ‘culturel heritage’. I ‘rediscovered’ it in about 2016, busy with tracking my/our own familyhistory.
In the book, as said, I published the manuscript authentiek, complete with scans. This in the first place because I believe in presenting stuff as original as possible, so its as true as possible and next tot hat because it can be a very attractive way. (I’ve done more presentations about other times and places.)
(The name is ‘Brieven uit Deshima’, because my father referred to the manuscript this way. To be fair: ‘Brieven van een reis naar Deshima‘ (‘Brieven from a journey to Deshima’) would have been fitting better.)

About the mentioned two book that give a false view:
1 ‘Titia, the first western woman in Deshima’ bij R. Bersma
When I rediscoverd the manuscript and read about Deshima (for the first time, a bit surprisingly), I had no specific plans. But: I was very unhappily suprised when I saw after a while that someone wrote a very-pink-coloured version, based on this manuscript, off the journey. The pink version is published in Dutch and in English: ‘Titia, the first western woman in Deshima’ bij R. Bersma.
-As an example of the pinkcolouring: Bersma describes the moment that the Blomhoff/Bergsma-couple where in Batavia buying 11 people as slaves as a moment that they where looking for staff. That Titia wrote her father also in a very negative way about them, that she needed so many slaves because they where so lasy, is skipped. —-He makes much more of such turnarounds and lardated everything with a false sentimental colour.
-Also the fact that their action brought the local autorithy is a ‘splits’ what cost him his position and, almost for sure, his life, is skipped by this auteur. That even although Titia’s father is clearly writing about is.
-Also the tittle of the book is wrong in a very, dicriminating way. Jan Cock and Titia traveled with Johannes and with a nurse who was really from  The Haque (The Netherlands). That they hired someone to breastfeed their baby is already something, but to deny nowadays that this woman and Titia where two western woman arriving at the same time on Deshima, and staying there for the same period is ashaming.
(-By the way: that the name of this author is almost the same as Titia’s familyname (Bersma versus Bergsma) is not by incident. His inpiration to publish about her, he wrotes himself,  and, probabibly, the reason to write in this pink way, is out of the hope to be in some way family of her.)
-About the rare easy way even serious party’s accepted the pink book criticless.
Their where serious people who saw that the book of Bersma was ‘not objective’ or called it ‘hybride’ but a lot of journalist, a lot off librarys (also from university’s and archives) and even reseachers at some musea embraced the sentimental version. This although even a bit critical reading gave a lot of warnings. No one looked for the original sources. In the recent year 2021, when ‘Brieven uit Deshima’ there where even people knowing this original who still prefere embracing the romantic version of ‘poor Titia’ in this year she was 200 years dead. (And off course she was sorry in different ways but she was not at all inoccent).
I’m very happy that the Rijksmuseum Amsterdam in their big exposition ‘Slavernij’ (2021) and the tour in the musea that puts  spots at works that show ‘en passant’ the using of people as slaves,  quoted Titia’s negative words from my book/the manuscript in their special textplate for their maquette of Deshima.
The wrong way of presentng Deshima has extra influence because now old (and new) colonialism gets slavery gets a lot off attention, also Deshima gets here extra attention that because it is (almost) the only the only old Dutch trading place in The East where The Netherlands, in general, don’t have to be ashamed off. This because Deshima was only a trading post and the Dutch were only allowed by the Japanese to be their.

Contact[-option for researchers
People who are doing a project on Deshima: in principe its welcome to mail via brievenuitdeshima@gmail.com   That is because I’m (off course) interested and also because I really like to preserve, as well as possible, the good versions of what is to be known about them and history in general.
As everybody hopeful knows nowadays: be critical when searching for information via wikipedidia. In the book BuD a realy rich list of links to extra info is give also with books with wel brought other original information and other interesting sources.

Excuse for spelling- and grammatical mistakes in this English tekst.
So far, you’re sincerely, 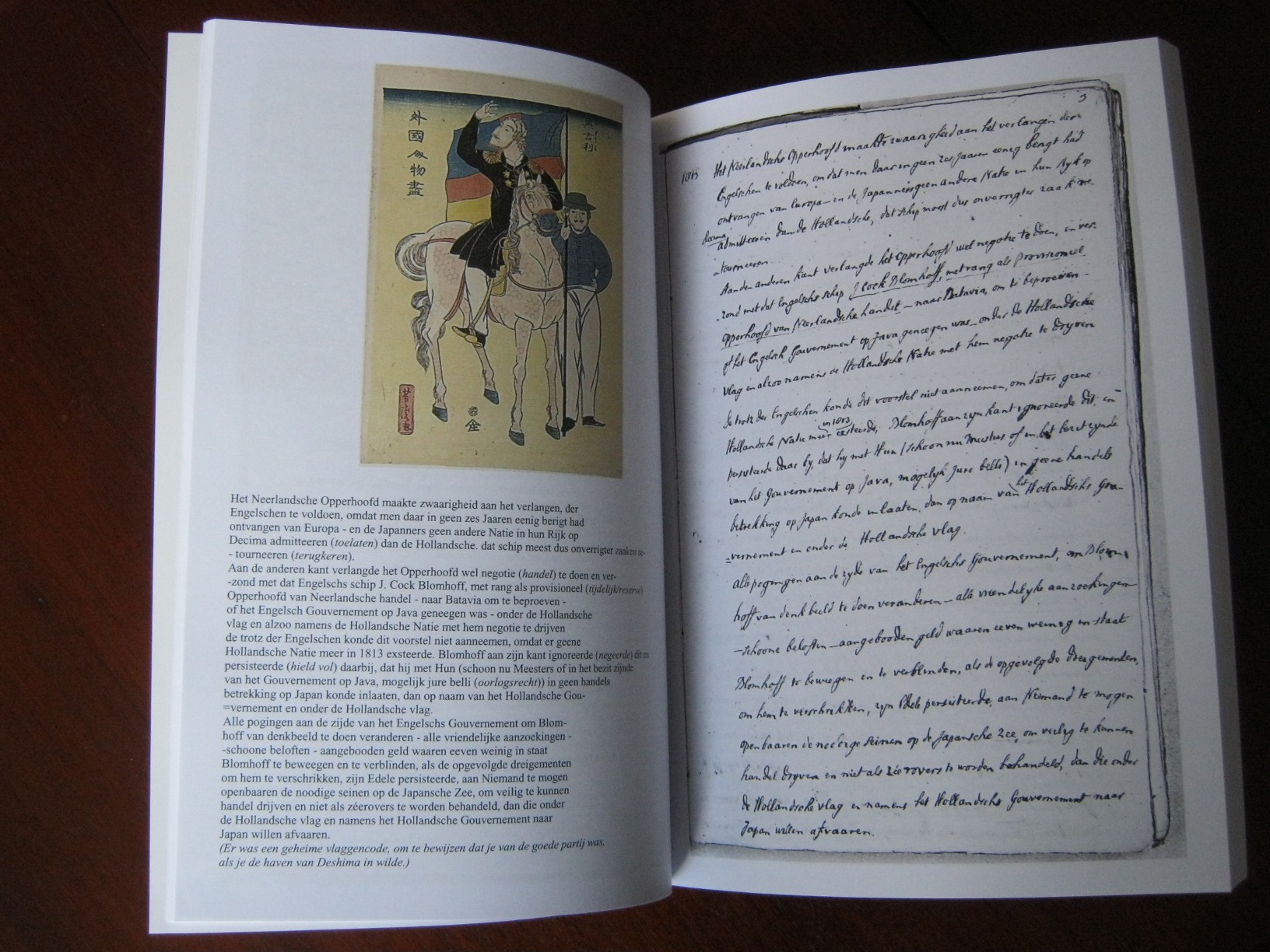 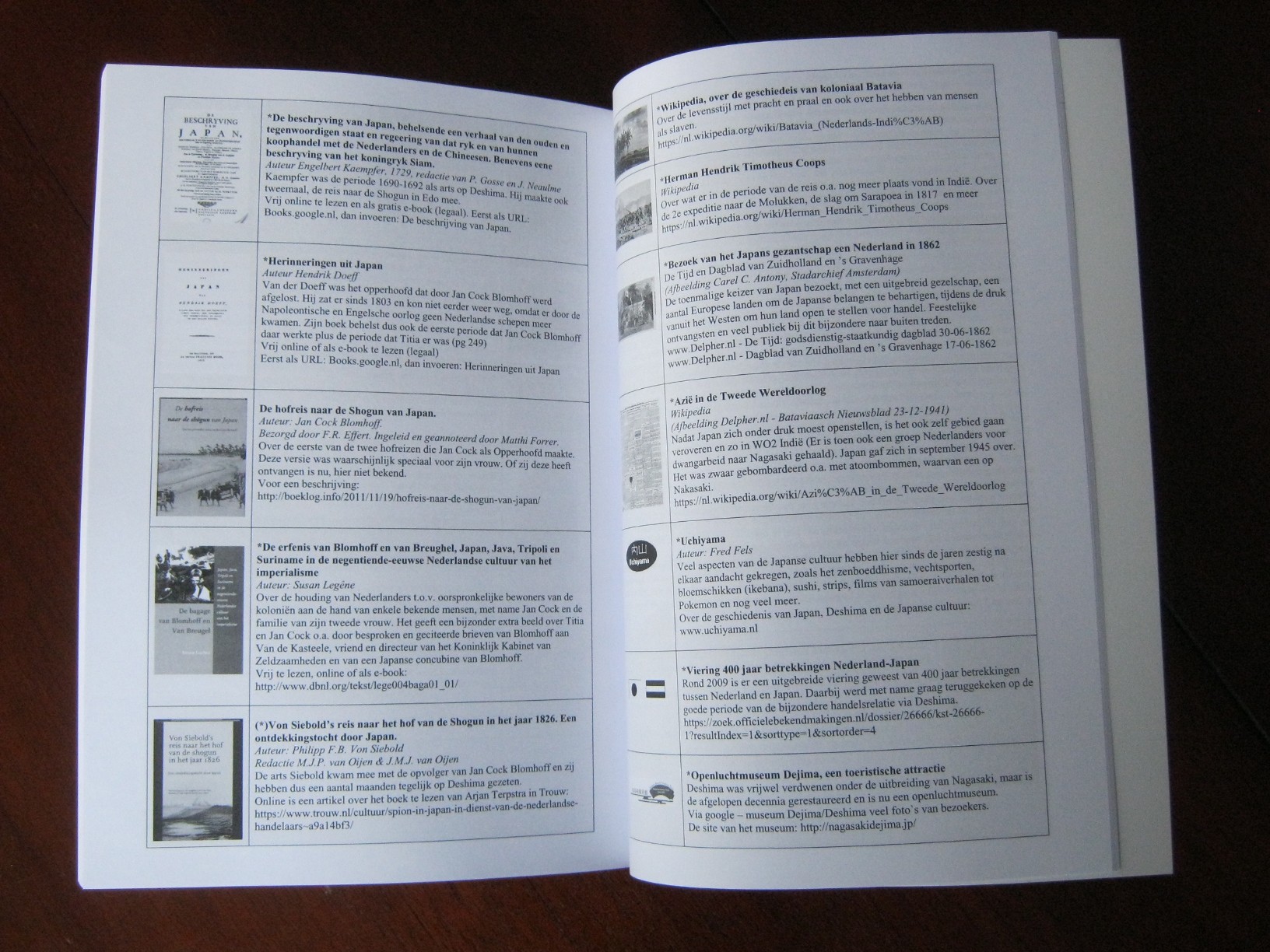